Schacht is 50! Class Openings Coming Up

Schacht has been a huge part of my fiber life ever since the late 80s when I bought my first loom. But my true devotion didn’t start until I bought my Matchless sometime in the early 90s.

Soon (about five minutes) after I learned to turn fiber into a lumpy bit of yarn I saw my first Matchless.

It was lust at first sight. It was gorgeous, it was smooth. It could do all of these things that other spinners told me were good, but I would have no idea what they meant until years later.

I put that wheel on layaway and paid it off a little every month. I think it’s the most patient I’ve ever been in my life.

That wheel and I have been through thick and thin. The bad times were mostly due to my learning curve and inability to ask for help. She has never deserted me, no matter how thick I’ve been.

She sat patiently in my basement for a year while I decided if I wanted to be a spinner anymore. She was a trooper when my toddler son decided that she was the best thing to tackle to the ground over and over again.

She’s never stopped spinning smoothly. I did send her into Schacht for a bit of refresh and to get a quick release maiden put on, and she came back better than new. Schacht as a company has  a commitment to quality and community. Sometimes spinners and weavers joke about how long it takes for a new product to come out, but we know it will be really right when we get our hands on it.

I wrote my first spinning book with her, and am now working on book number two with her help. I have a lot of other Schacht fiber products, a couple of Crickets, and I’m eyeing a Baby Wolf. Everything I own with the Schacht name on it is the highest quality, easy to use and visually beautiful. I own two other Schacht wheels (a Sidekick, and a Flatiron), that I use a lot and really like. While I might part with those wheels if my spinning slows down, I will never part with my Matchless.

Thanks Barry and Jane for so many wonderful years of creativity!

Spring and summer classes are going to be here before we know it! I have a few openings in some of my upcoming gigs.

There are openings in my Yarnitecture: The Full Monty (2 days, Tuesday and Wednesday)  at PLY Away in April.

I have a one opening at Maryland Sheep and Wool. There is one spot in Light and Shadow: Hand Carding Tint, Tone and Shade on Friday. Here’s a link to the ticketing page.

There are still openings in my 15 hour Colorplay class at the Mid Atlantic Fiber Association conference in June. 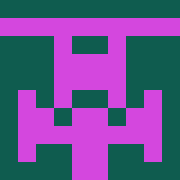